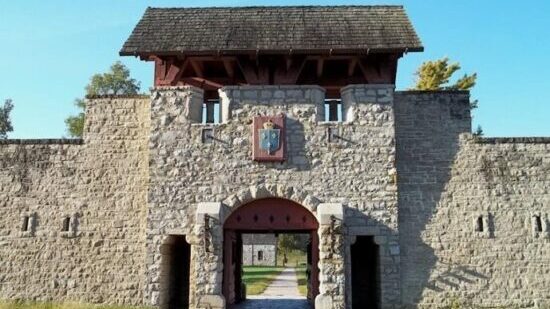 Built in 1753 by the French during their 18th-century colonization of the Illinois Country, the massive stone fort was preceded by three wooden forts, with the first fort erected in 1720. Fort de Chartres served as the French seat of government and its chief military installation in Upper Louisiana from 1753 until 1765 when it was occupied by the British. In 1763, France ceded much of its territory in North America, including what is now Illinois, to Great Britain. Fort de Chartres State Historic Site is on the U.S. National Register of Historic Places, U.S. National Historic Landmark, Illinois State Historic Site, and one of the contributing properties to the French Colonial Historic District. 2020 heralds the 300th anniversary of the first fort built on the site.

Restoration and much-needed repairs of the Fort’s Land Gate