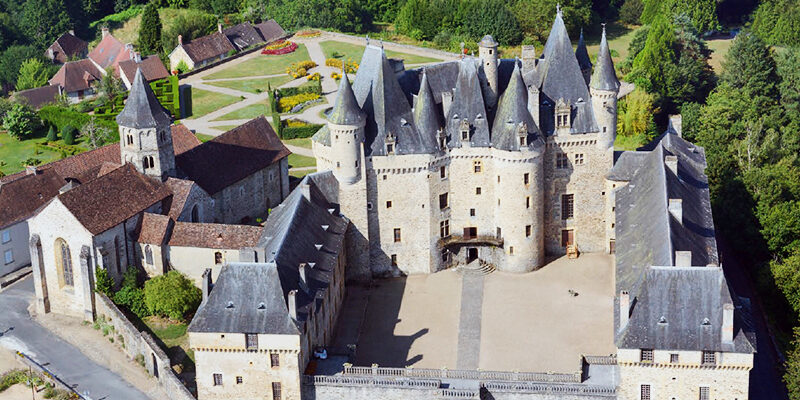 Known as the « black pearl » of upper Périgord, the Château de Jumilhac has remained in the same family since the 17th century. In 1152, it becomes a stronghold coveted by Richard Lionheart during the first Anglo-French conflict. King Phillip Augustus destroys the château at the beginning of the 13th century. During the Hundred Years War, Duc du Guesclin besieges the fortress and defeats the English troops of the Black Prince. Later transformed into a Renaissance residence, a member of the Jumilhac family becomes the military governor of New Orleans in 1762. In the 19th century an American heiress from Louisiana marries into the family and her son will also marry an American.

Restoration of the turrets and impressive roof, one of the most magnificent in the region